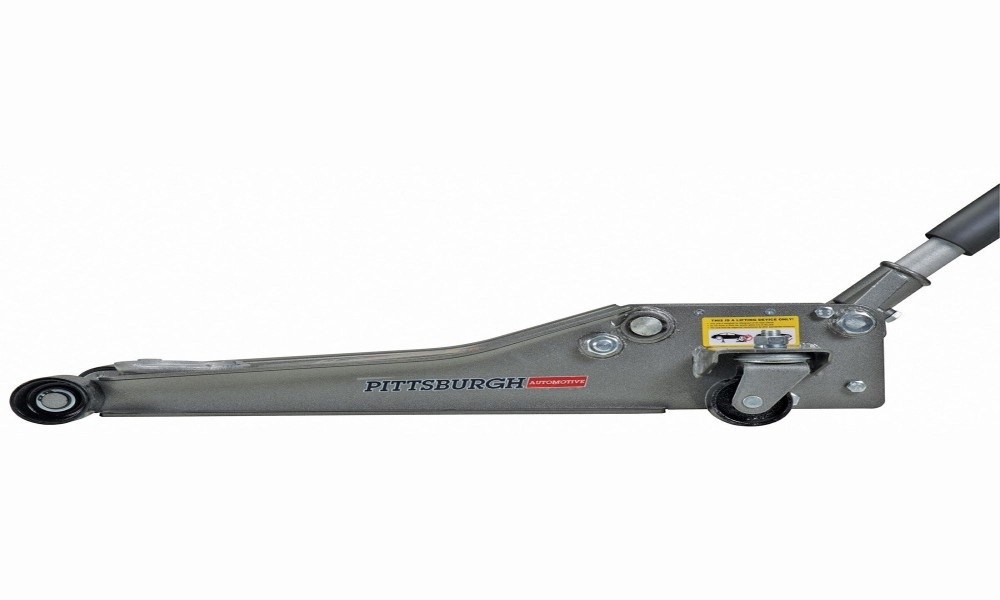 It’s a myth if we assume that the collection of the automobile has anything to do with the collection of jacks. To make it simple if you possess a sports car, an SUV and a Truck that from nowhere mean that you have any desire to collect jack for each one of them. Generally what people prefer is an “all in one Jack “or we can call it “jack of all vehicles “.

From the cost efficiency point of view, possessing different jacks for different automobiles will be a costly affair if compared to a single investment in an all-purpose jack. In this article, we are reviewing Pittsburgh Automotive 3 Ton Heavy Duty Ultra Low Profile Steel Floor Jack with Rapid Pump Quick Lift Jack. The company claims that in 3-ton range it’s an ultra-low profile jack with rapid pump and quick lift.

In this article, we will test the company’s claim. Let’s see if it is just a marketing plan or it actually delivers what it promises. In the last section of the article, we will analyze if it’s the best buy for price or not.

Who is this Product for?

To a surprise, this jack is for everyone. Yes, you read it right. It covers the whole range from low -end to high- end. To make it simple, if you have a low-end car or a big truck, this will elevate both of them.

Pittsburgh has offered a low profile steel jack in a 3-ton category. The company has a special mention for its rapid pumping technology. It has a dual pump system to lift heavy vehicles of all kinds. It is 100 pounds in weight, which makes it quite heavy to lift. It comes with steel built -up which provides it the required strength. It caters the height range from 2.75 inches to 19.75 inches. 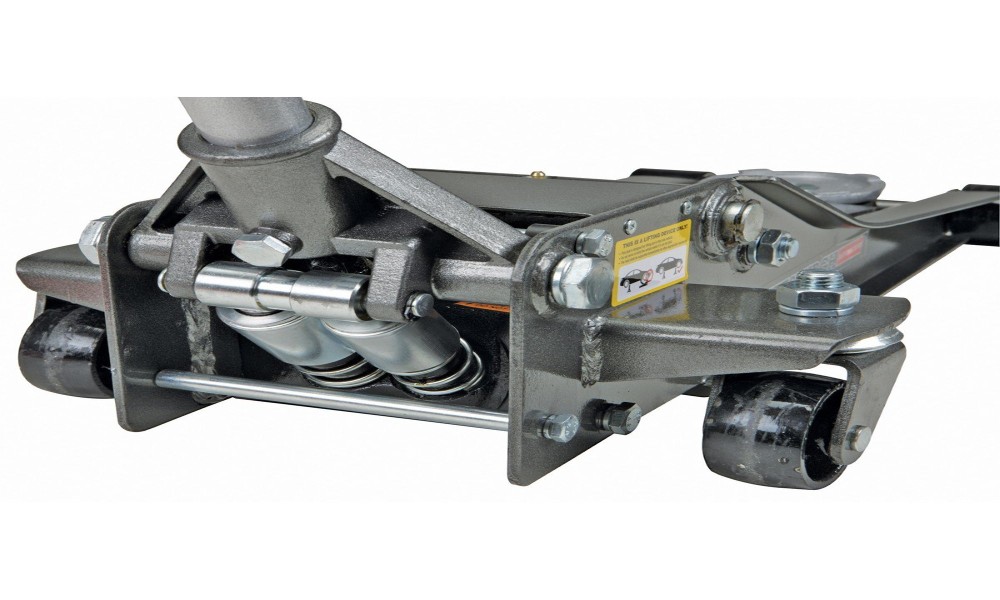 With the specifications mentioned, it seems like a great buy for low to ground vehicles. Let’s test the claims of the company. Though its weight is around 100 pound it easily rolls down on the ground which mitigates the weight department.

The dual pump system makes lifting really an easy task for the user. The strength of jack is a matter of appreciation as it eliminates the need for jack to stand completely. Though, a separate jack stand will always be a better option in terms of security. Its steel built-up provides it all the needed strength to lift the heavy vehicles.

It covers a huge range, and with good reviews, from 2.7 inches to 19.75 inches. The jack can be easily used for distinct vehicles varying from low floor sports car to a high-end truck. It has a rugged material and strong design. When it comes to safety, it has not been compromised at any level with the universal joint release system. These systems provide it with the requisite control over the height of load from the handle position.

When it comes to checking the safety measures, the pace of lowering of the jack is a matter of concern. Arcan has taken care of that too providing the lowering pace with a twist of the handle. The foam bumper provided at the top is the icing on the cake which can prevent any unexpected bumper.

We are afraid that there is nothing to mention. We like everything about this jack. But, yes if the budget is a constraint then, this could be the problem.

We are literally not placing it as a drawback because it has handled the rolling wheel. To cut it short, its weight will not hinder its portability. But, if you actually hate heavyweight jacks then this could be a drawback for you.

How to Use Pittsburgh Floor Jack

Twist the handle counterclockwise to lower the jack. Once the jack is fully lowered twist the handle clockwise. Put the jack’s saddle beneath the vehicles lifting point. Pump the handle so that a vehicle reaches a saddle lifting point. To lift the vehicle, pump it with a full stroke. Use a mechanical jack stand along with this jack. To lower, downturn the release knob clockwise, remove the jack stand and then turn the knob counterclockwise until the vehicle goes down.

Though there are many alternatives in 3-ton capacity but the range and specifications it covers are not exactly present in most of them. To some extent, power -built 647593 jacks could be its alternative.

While doing research on so many jacks we found it tough to find one jack which passes all the testing criteria namely strength, durability and portability. And if they do so, the range covered by them comes as a drawback. Means if they are good enough for trucks they could not slide beneath your sports car and vice versa. But wait, Pittsburgh Floor Jack does. Yes, this jack has a steel body for strength and durability. It has a Dual pump for promptness, wheel for easy maneuvering, pad for safety and range to cover all the vehicles. Is it the best buy for the money? In our opinion yes, it is.

Don’t miss out on regular updates - Sign up to our Newsletter!